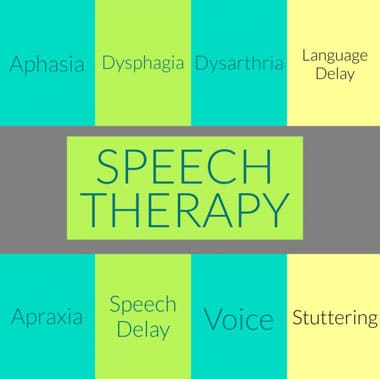 How can I improve my child’s development?

Apraxia is an alteration in the function of the neurological system that causes direct damage in the motor elaboration of the sounds that make up speech and language. In this disorder is very common to show a marked imprecision in and inconsistency of the movements that govern the complex mechanisms that make up speech, as long as there is no structural or functional damage to the neuromuscular complex.

This disorder affects the central and peripheral nervous, also produces a certain degree of limitation when the child is asked to perform certain simple tasks or specific actions that he may understand but have a neurological inability to initiate and carry out a movement, even when it has the elements that are necessary to perform it and even if they have already carried out the same activity in the past, this condition starts from existing damage at the level of the cerebral cortex. This condition does not allow the child to voluntarily initiate the chronological order of movements of the muscular apparatus that are needed to establish verbal communication. The child must learn to organize phonemes, to learn to use vowels and combine them with consonants to practice simple syllables, these actions are carried out through the simultaneous coordination of their lips, teeth, palate, jaw, and language. The child must also visually recognize the integration of these elements to establish a mental connection between what occurs structurally when articulating these actions with sound (the phonemes). When the child can dominate this compendium of dynamic elements, he will be able to develop the ability to speak progressively and effectively, since through brain activity information is transmitted in a specialized and organized way to the muscular structures to determine the pattern, sequence, and timing of movement, to ensure coherence and clarity of phonemes during the speech. Initially, these mechanisms begin as primitive actions that are gradually perfected with the constant stimulation of the child’s senses. In infants suffering from apraxia, the nervous system elaborates in a disorganized and imprecise way the electrical impulse that initiates and develops the movements that makeup speech, diminishing the ability to form phonemes and syllables vocally, in an understandable way.

The cause of apraxia in children is often of idiopathic origin, that is, its cause is not fully known, it manifests suddenly and often does not appear in association with any pre-existing pathology, it is possible that many children are subjected to control diagnostic tests during childhood and that there is no pathological finding that justifies the subsequent appearance of speech disorders. It can also be accompanied by established congenital pathologies of the neurological sphere, with infections of the central nervous system that have compromised neurological development and even with trauma during pregnancy or perinatal trauma. In many cases, it can manifest as a consequence of autism spectrum disorders, Down syndrome, and fragile X syndrome. Many typical manifestations characterize apraxia of childhood, and it is generally common that they are different between each child, and many times these manifestations are not conclusive to establish an accurate diagnosis because they also occur frequently in another group of disorders that they alter the process of learning and development of the ability to speak, which are known as non-specific manifestations of the condition. In childhood apraxia, weak and inconsistent formations of vowel and consonant sounds are evident when short syllables and simple words are repeated. Experts refer that parents can identify some specific manifestations of difficulty in initiating and developing the movements that are needed for spoken language when the child tries to articulate the same word in different ways when we ask him to repeat more than three times, they may notice three different sounds, also when children incorrectly intone some short words and simple phrases, these children emit the sounds automatically, in different tones, which seems to be voluntary and elaborate, accompanied by alterations in the tones of voice and in the rhythm in which they speak. Children seem to articulate mechanically or robotically, generally, people who listen to these compositions do not understand and describe them as ” quite rare ”, since they alternate and exert a higher tone of voice in different syllables of the words randomly.

These children make atypical pauses between syllables and some sounds, this manifestation makes speech sound slower and with a greater number of pauses and interruptions, these compositions are not very understandable to the environment because they present uncommon elements that alter speech. Children don’t need to present all the proposed manifestations since it will always depend on the level of severity of the condition that each child presents, but in conjunction with other additional signs, a precise diagnosis of infantile apraxia can be established. Among the most common signs can be seen, children who from an early age are very quiet and who articulate few sounds, babbling is usually more absent compared to children who do not have this condition and who generally spend more time to articulate their first basic words, some research assures that it could take up to 18 months. These children may or may not have a good ability to understand, but they always have deficiencies in expressing themselves, they do not stare into the eyes, and they remain irritable and distracted in certain situations. The treatment of your child will always depend on the severity of the clinical picture and the individual characteristics that it presents, to channel the treatment effect according to the deficiencies of the child, these characteristics will determine how frequently your child should receive sessions of Speech therapy and how intense it should be, the time is generally variable and goes from 2 to 5 times a week, in many children with important clinical manifestations it is suggested that they receive speech therapy four times a week, on average. Various modifiable and non-modifiable factors must be taken into account, such as age, the coexistence of other pathologies or health conditions, the child’s interest and motivation for her environment. The rest of the family members and teachers should be included, in some children the use of speech and audiological therapy is very useful but if they have persistent alterations for motor integration with stagnation and decrease in the progress of speech development It is necessary to go to the occupational speech therapist, who give priority to the skills that are important for the integration of the child with his environment. Your child must receive comprehensive help from a group of specialists such as psychologists, psychopedagogists, kinesiologists, who add actions and fulfill a program of specific strategies to benefit the child’s psychomotor development. 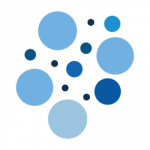